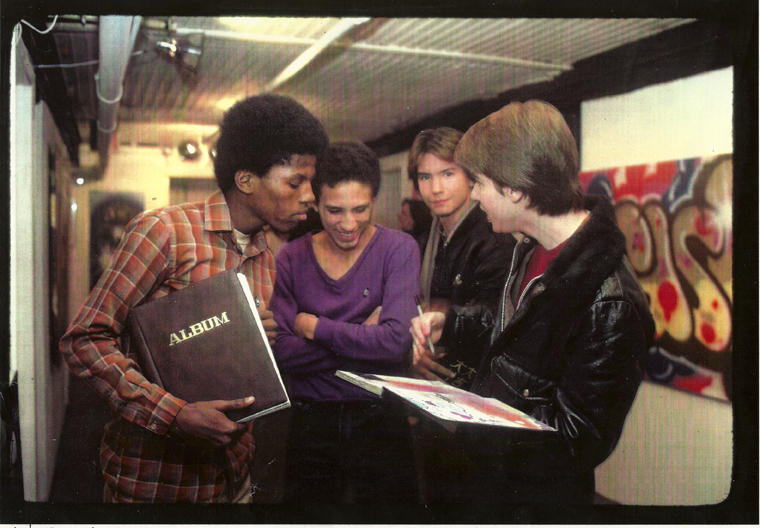 1980 was such a beautiful year for trains. The list of iconic whole cars and window down burners is long, with many of the cars captured by Henry Chalfant and Martha Cooper to be dispersed worldwide via Subway Art. 1980 was also the year that a newer more technically proficient group of writers were asked to paint on canvas, this had happened previously with the writers in UGA in the early ’70’s with mixed results.

There is something about canvas that is intimidating, writers were no longer being asked to do “graffiti”, they were being asked to do something supposedly deeper – they were being asked to produce art – or, what they thought art was. The early works on canvas by some of today’s art stars are illuminating to say the least and raise a lot of questions. The first Dondi painting I remember from this period was done in spray paint and outlined with an El Marko, the story of how he evolved as an artist must be fascinating. The first Lady Pink canvasses were colorful flowers done in spraypaint, within two years she was painting politically charged works in acrylic. The first Crash canvasses were a gritty take on  “pop” imagery which looked a whole lot better when he and Daze rented a studio and both painters hit their stride.

Which brings us to the audacity of Crash and Daze renting a studio in 1983. Who would do such a thing? That was the prevailing mentality back then, there was always a feeling that it wasn’t going to last. It’s quite possible that without Subway Art, Wild Style and Style Wars that it wouldn’t have gone global and that collector’s would’ve moved on to the next fad – but it didn’t happen that way. It’s 34 years later and at least ten writers from that period are being taken as serious artists around the world, it’s nice that in this show there are some pieces where the artists didn’t have all of the answers yet. That was how it was in the 80’s. 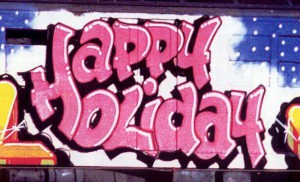 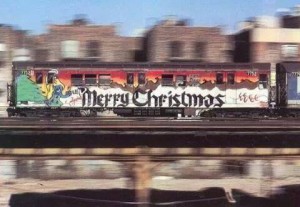 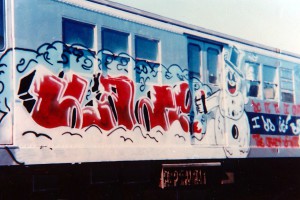 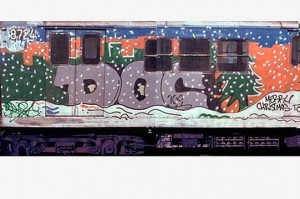