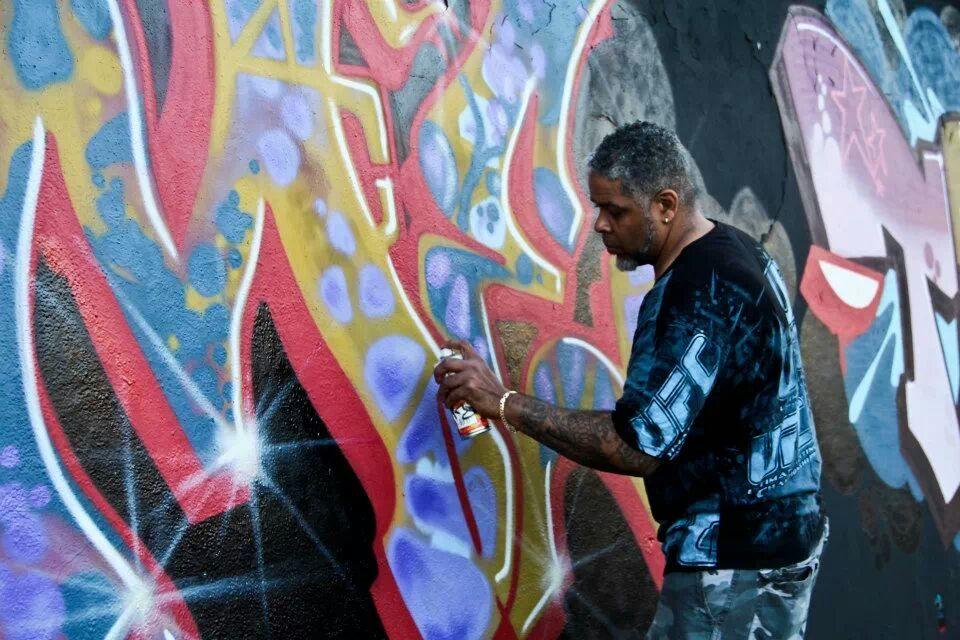 Condolences and peace to the family of our Brother DEE3

A personal website or web page on which an individual records opinions.

A truncation of the expression web log; is a discussion or informational site published on the World Wide Web and consisting of discrete entries (“posts”)

A continual tour, with a human guide who you get to know. There are many guides to choose from, each develops an audience.

Oddly enough, I do not consider myself a person who prefers writing over talking as a means of expression; however, this is a subject I love and feel honored to be able to discuss, even if it is written.

I consider myself a former Graffiti Writer turned Graffiti Artist who after an almost 30 years hiatus, has returned in time to see only the results of a three decade cultural evolution.  I am both proud and awed to see Graffiti Writers being not only accepted as legitimate artists, but also their works as those of Masters.

Two of thee most influential books on the subject of Graffiti; “Graffiti Kings” (Stewart) and Subway Art (Chalfant- Cooper), are almost 180 out from each other in approach….(“Kings”) a historical composition and odyssey of those who were there in the early days; Subway Art a pictorial catalog of the “then current” Who’s Who in the world of Graff. They were Influential because they both became informal but official legitimacy rosters; they delineated and defined eras as well. Having your name appear in Graffiti Kings gave you instant membership in the prestigious Old Schooler’s club; it meant you “wrote” during “The Golden Age”, a “70’s writer”. On the other hand, shots of you or some of your work in Subway Art for the most part meant you were an 80’s writer; a New Schooler whose era’s metallurgical value had not yet been assigned. There are a handful of corroborated accounts of New York cats writing in the late 60’s, but very rarely, if at all, will you hear anyone referred to as a 60’s writer.

These lines of demarcation caused many to dig in and take a stand as to which side of that chronological fence they rested on. Old School, pioneer, originator, forefather; all highly coveted titles. Some even pushed back the years they wrote when asked or interviewed, only to be checked by historical vanguards like Checker170 who was there from almost the beginning. Some preferred the rock star status of being an 80’s writer, also referred to by some as Hollywood Writers due to their association with “Style Wars” the documentary (Chalfant- Silver). Others like Blade (early 70’s to mid 80’s) had exceptionally long and productive subway careers, enjoying the best of both worlds. 60’s 70’s 80’s 90’s …they all had one thing in common…the transition from yard to gallery, from train to canvas!

I don’t have all the answers, but I have a lot of the questions…

Thank you Alan of DP for the opportunity and forum to talk with others who share the same interest about something I love….Graffiti.