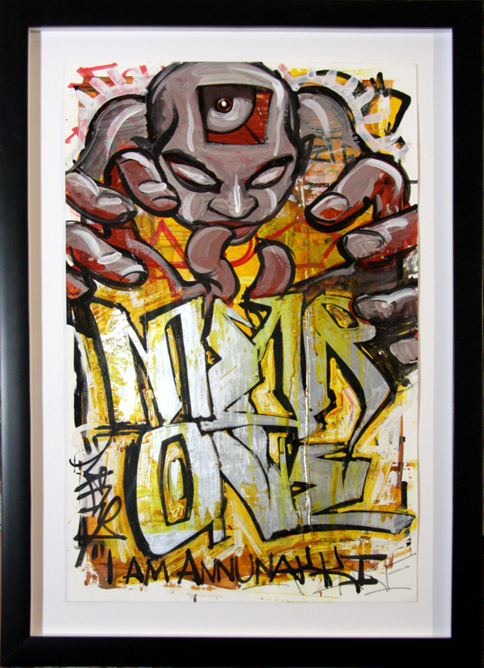 www.dirtypilot.com presents  a series of 7 “Mono Distortions” by MEAR ONE. These fantasticimages will be showing now through April 11 at

DirtyPilot in the pilots Lounge.

There are artists who paint with the intention to be the best, or to make a ton of money, some to become famous, but MEAR questions the intention of each of his individual works, asking is this a worthy concept; and what is the outcome of such a work that speaks to the masses. This is an involved process in which MEARs hopes are to bridge a gap between what is common and that which isnt. To raise a responsible conversation on the topic that is displayed, i.e. the painting. MEARs works are meant to bring the unseen mysteries locked with in our minds to the foreground as if to take part in a grand expose`. The question of how did we become, and why. To see through the illusion of our decrepit social condition and speak out with art as a weapon of mass liberation.

Check out Mear One! 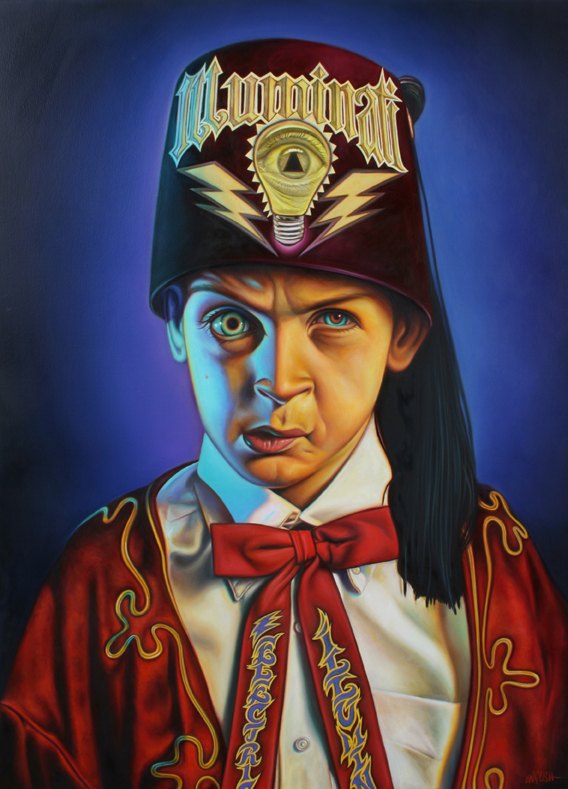 DirtyPilot.com is now showing work by The Evil DR. REVOLT. Check out this highly influential legend of graffiti’s new paintings and drawings along with classic Revolt images and early works on paper. DR. REVOLT Graces the cyber walls of DirtyPilot March 12 through April 12.

Born and raised in New York City, an original member of the historic NYC subway graffiti crew, The Rolling Thunder Writers (RTW). Known for his tags and elaborate pieces on the Broadway #1 line, with ultra-colorful psychedelic and heavily comic art influenced stylings and later, taking it all-city. With his contributions to the seminal classic hip-hop films, Wild Style and Style Wars, participation in the early 80s East Village art gallery scene, various music videos and, album covers, animation, comics, vinyl toy design, creating the classic YO! MTV Raps logo and a tour of duty in the city of Baltimore where he, like a messenger of style, singlehandedly kick-started a graffiti scene that still feels his influence today. 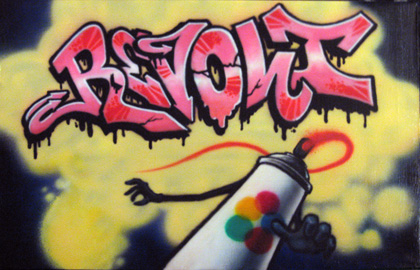