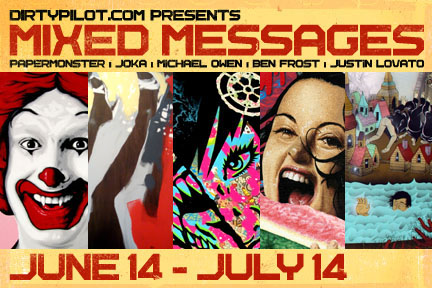 DirtyPilot presents “Mixed Messages” features work from artists Ben Frost, PaperMonster, Justin Lovato, JoKA, and Michael Owen. This group show brings together some of the most unique art styles and techniques. Ben Frost known throughout the world for his manipulation, juxtaposition, of pop imagery. Stencil artists PaperMonster combines stencil and collage techniques to create striking portraits of women. Justin Lovato creates new world with his detailed line work full of characters and imagination. Michael Owen takes on rugged texture, shapes, and figures combined with wonderful use of color to create chaotic and stunning pieces of art. Finally, JoKa brings an unique new way to paint using thousands of small dots through using toothpicks as opposed to a brush resulting in vivid layered images. Mixed Messages brings together art that makes your eyes question what you are seeing, how it was made, and what each artist’s true message is. 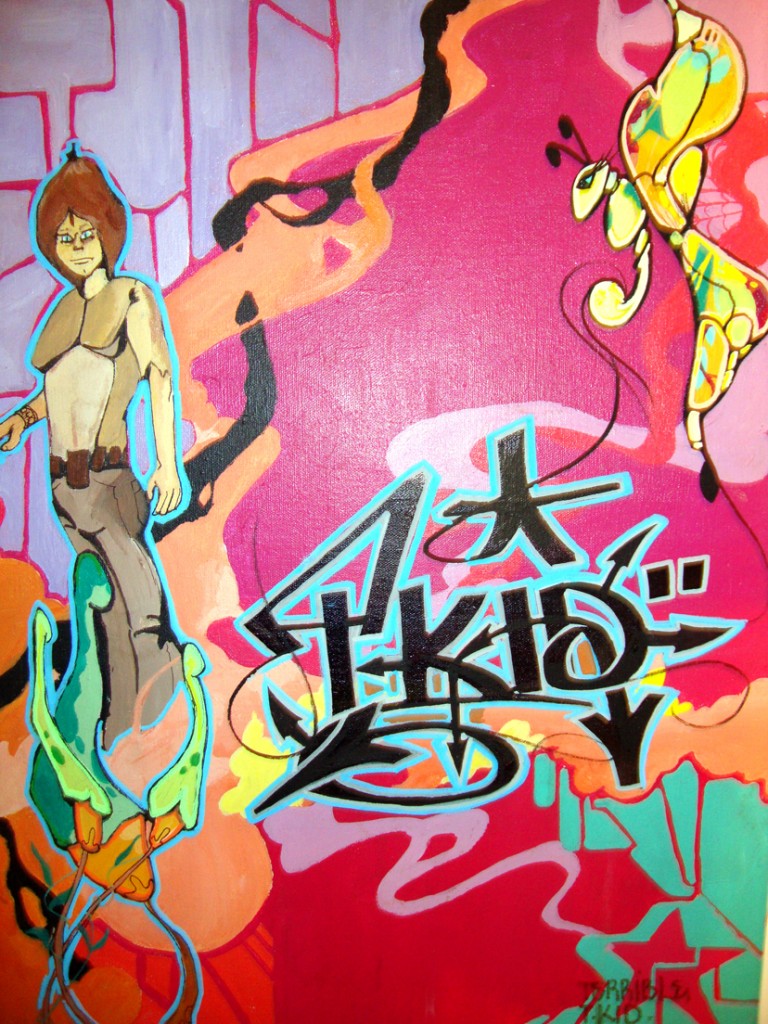