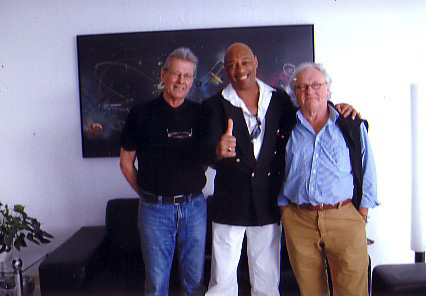 I think that people don’t always understand the impact that collector’s have on an art movement. In 1980 in New York Crash curated a show for Fashion MODA, that show helped to launch a few careers and showed how important graffiti could be on canvas. Other shows happened and the media picked up on it and suddenly graffiti art was a big thing! I wasn’t asked to be part of those shows, partly because I was five years older then everyone – also, I wasn’t easy to find. Dolores and I led a very secret life, we stayed far away from the graffiti community back then.

In 1982 I got a call from Henry Chalfant telling me that there was a collector from Europe that wanted to meet me. His name was Yaki Kornblitt and he was looking for the best writers to show at his gallery, he wanted a stable of ten great writers and Henry recommended me as his first choice. Once I heard from Yaki I told him about SEEN, I thought he might be a good choice as well.  We had a huge Sunday dinner at SEEN’s house, the food was great and we talked late into the evening. He wasn’t really looking for a pre-packaged item, we had already proven ourselves on the trains.

Yaki was wiling to let us find ourselves on canvas, some writers couldn’t move beyond the trains; I was lucky, I was able to figure it out. Some credit should also be given to Marty Cooper  at that time, she purchased my first canvas and was always encouraging.

If you look at my resume you’ll see that Yaki showed my work once a year for at least a decade. For each show I flew to Europe and met collector’s and the newer generation of European writers – something I never thought I’d see. Now it’s thirty years later and I’m left wondering: What if Yaki didn’t show our works? Would I have a career? Would there be a graffiti movement in Europe? It all seems so simple today, but there was a time when it was difficult. In 1982 Yaki stood up and took a huge gamble on all of us, and for that he should be saluted.