DirtyPilot.com welcomes back old friends LADY PINK & CYCLE , check out their collection of paintings and works on paper now !

Lady Pink was born in Ecuador, but raised in NYC. In 1979 she started writing graffiti and soon was well known as the only female capable of competing with the boys in the graffiti subculture. Pink painted subway trains from the years 1979-1985. She is considered a cult figure in the hip-hop subculture since the release of the motion picture “Wild Style” in 1982, in which she had a starring role .At the age of 21 had her first solo show at the Moore College of Art. As a leading participant in the rise of graffiti-based art, Lady Pink’s canvases have entered important art collections such as those of the Whitney Museum, the MET in New York City, the Brooklyn Museum and the Groningen Museum of Holland. She has established herself in the fine arts world, and her paintings are highly prized by collectors. 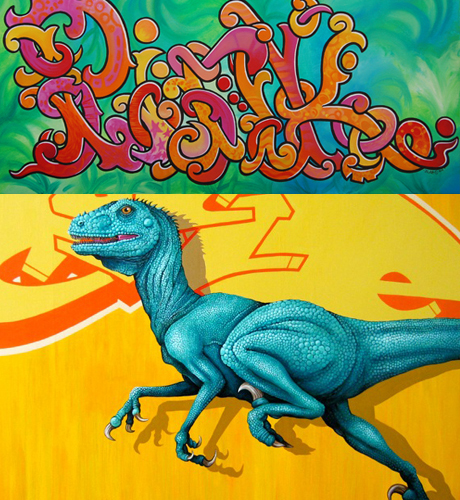