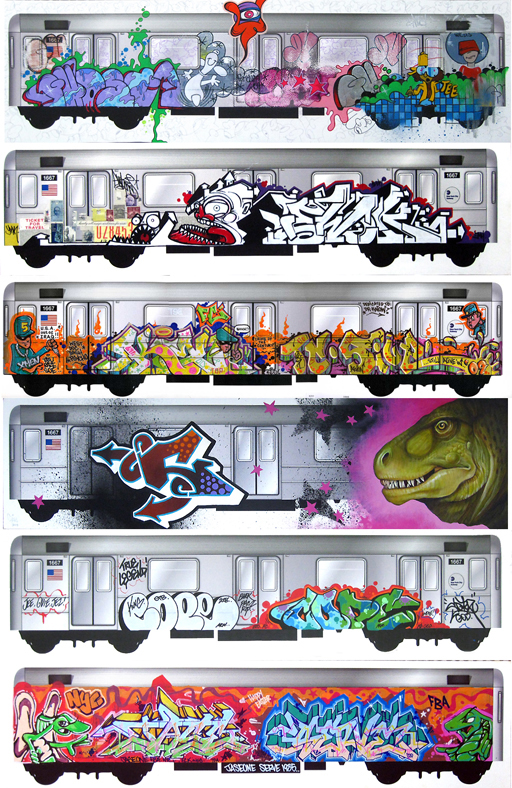 Graffiti on trains has always been a controversial medium, and this has certainly been one of the reasons that has made the form controversial and has brought such popularity to the movement.Although there have been many arguments about graffiti on trains,
the train has been the medium of choice for the ‘Graffiti Writer’. It is something that has been a vital part of the New York transit history,
that often is spoke about by many of those who have had the experience to witness the works displayed on the
subway system of New York.

“Trains of Thought” has re- captured the true attitude of graffiti once again, by placing original art form on trains!
An archival pigment print of a railcar placed on acid free museum quality paper was distributed out to numerous artists.
Each artist then creates an original artistic rendition of whatever it is their ‘thoughts’ would take them.

These ‘train cars’ are beautifully adorned with mixed mediums and have been creatively hand embellished by the
most talented New York Graffiti masters of yesterday and today.

Each original work measures 36″x9″ and is a “Unique” work on paper.

The show opens on May 13 and will run thru June 14 only on www.dirtypilot.com